2014 Elections Highlighted The Use of Data Analytics In Elections

A recent research paper on the use of data in Indian elections highlighted the growing trend of using data-driven techniques and how they surpass traditional electioneering techniques in India. The article draws insights from the research paper. In India, the 2014 elections were one of the first to use data, technology, and digital platforms played a central role in the way the campaigns were designed, structured, targeted, implemented, and communicated. Over the years, data and technology have played a key role in strategically navigating the complexities of demographics, religion, politics and caste in India.

While BJP took the lead in using technology for political purposes, Congress, along with other national parties was seen as a late entrant in solidifying a significant digital strategy. The 2014 elections was a prime example of using data-driven techniques to create an effective digital interface and interaction across India and in real time.

Data analysis from a variety of sources allowed for these interactions to be targeted to a specific demographic, and geography. Data analytics, during the 2014 elections also allowed candidates to understand the voter stance of a particular demographic and re-tweak their campaign accordingly. This allowed for wider micro-target their messages, and selectively choose their medium of communication and technology.

For example, the BJP targeted mobile voters through voice broadcasting, used GPS in campaign vans to increase efficiency, and used cookies on their website to allow them to harvest and further use information about user’s internet activity towards customized advertisements.

For the 2014 elections, datasets were obtained from the Election Commission website, Government websites, commissioned data were used during the election, data from social media platforms and historical electoral records. Personal data has also reportedly been collected through apps, social media, and missed calls.

Traditional electoral data can now also be combined and merged with other types of data for new insights such as census data, GIS data, and other sources of demographic and socio-economic data. In fact, Hyderabad based Modak Analytics, a data analytics start-up, built India’s first big data based electoral data repository of 81.4 crore voters. Hyderabad company developed Rapid Extraction, Transformation and Loading (RapidETL), the transliteration of Indian languages for all Indian states except Orissa which helped process unstructured data while the fuzzy logic technique was used to match based on Indian names, address, villages. 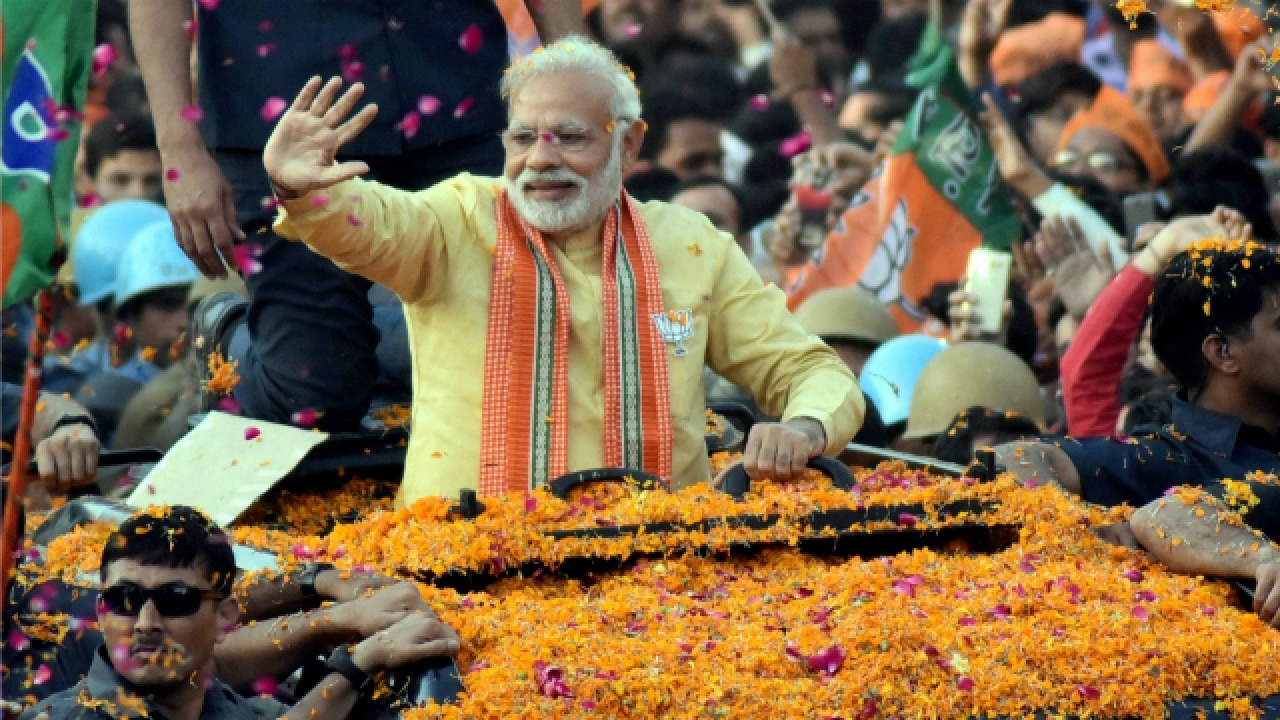 Big Data to be the game changer in 2019 elections

In 2019, it is estimated there will be 258.27 million social network users in India up from close to 168 million in 2016, according to a market research firm. According to a TOI report, Praveen Chakravarty, head of the Congress data analytics department, the party has taken several initiatives to get all the party workers on a common digital platform. Over the years, Congress realized the importance of data analytics and has steered several initiatives to challenge BJP’s might in this regard and is continuously widening its digital presence.

Reportedly, Rahul Gandhi’s Data Analytics department head, Praveen Chakravarty also shared how his party will rely on public data mostly and private data with consent. In an interview to Entrepreneur, Chakravarty revealed how data will be used to make critical decisions regarding party tickets, campaigning stand and how to make it a game changer in the Indian context, a large, geographically complex country. One of the biggest hurdles is processing unstructured data and that’s the task that INC has reportedly given to an external vendor.

According to the latest numbers, India has the second highest number of internet users after China, with an estimated 462.12 million and in 2019, this number will rise to 258.27 million social network users in India, up from close to 168 million in 2016, Statista hints.